The Getaway Plan are embarking on a national tour this September that will celebrate their breakthrough album ‘Other Voices, Other Rooms’ as well as fan favourites spanning their career.

The shows will include two sets. The first will see ‘Other Voices, Other Rooms’ performed in its entirety while the second set will be filled with favourites from over the years.

‘Other voices, Other Rooms’ reached #3 on the ARIA Australian Album chart and #1 on the AIR album charts when it was released in 2008.

The album includes Where The City Meets The Sea which charted on the Triple J Hottest 100 as well as Shadows and Streetlight.

A lot has happened for The Getaway Plan since ‘Other Voices, Other Rooms’ made them household names. They have opened for the likes of My Chemical Romance and The Used, they have toured both internationally and across the country.

Now, they are touring Australia and bringing ‘Other Voices, Other Rooms’ back to the forefront for their fans.

OTHER VOICES, OTHER ROOMS TOUR 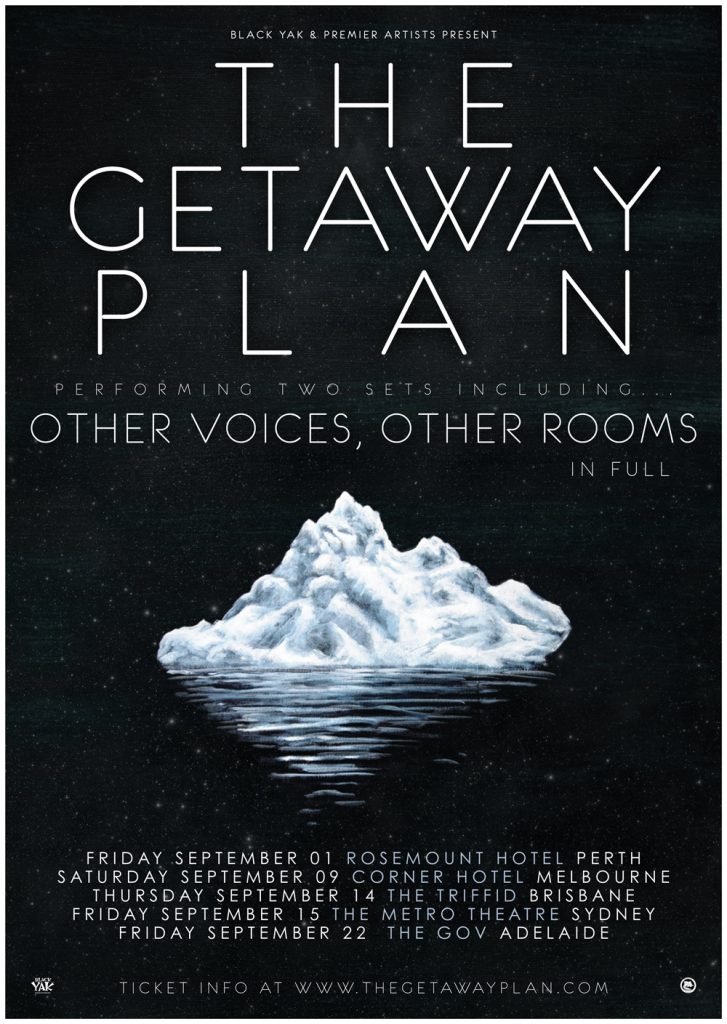