The Voice is one of Australia’s biggest shows right now, as my Twitter feed can attest, and the finale is coming up on Monday June 17th.

Straight after the season finale the winner will release their debut single on iTunes, which will be an original composition.

The winner’s album will be released soon after, on the 25th June, and it will consist of songs performed on the show and new recordings of tracks that have inspired them throughout their lives and their journey to The Voice. 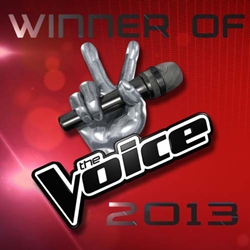 The Voice has become a phenomenon, both on television and socially, and I’m not sure whether that’s because fans have such ready and timely access to the performers in that they are able to download the performances of their favourite artists from iTunes.

Are you chomping at the bit to find out who the winner of The Voice will be? Fear not, you don’t have much longer to wait. The winner will be announced on Channel 9 on Monday June 17th with the program starting at 7.30pm

So get prepared to head on over to iTunes on the 17th, straight after the show to download your copy of the winner’s debut single.

The winner’s debut album will be available on June 25th. If you want to earmark your copy now please head HERE to pre-order your copy now. You can also pre-order instore at all good retailers.

I devour books, vampires and supernatural creatures are my genre of choice but over the past couple of years, I have broadened my horizons considerably. In a nutshell – I love to write! I love interacting with a diverse range of artists to bring you interviews. Perhaps we were perfect before – I LOVE WORDS!