I tend to like my music a little heavier, a little more rock than pop, but I have to admit this one definitely grabbed my attention. I think it was the video, the carefree love that seemed to grow and evolve through the years.

Gold is the second single off the self-titled debut EP scheduled for release on August 25. To celebrate the release Tempus Sun are hitting the road to play shows in Brisbane, Sydney and then home to Melbourne.

“The track is about exactly what the title suggests, moments of euphoria and bliss that just want to be relived again and again.  It’s remembering those unparalleled happy moments with that golden tinge of nostalgia that can make you forget all your worries and stresses in a hazy daydream.  It’s those summer nights that last with a sense of timelessness, a reflection upon a memory that you’d give anything to revisit, those times with friends that extend from a couple of hours to an entire day.  It’s also about love with a slightly bitter twist, but it’s equally about light, warmth and all things Gold.”

The video exudes nostalgia and captures cute and candid moments between lovers, friends and families. It’s all sunshine and happiness, a beautiful reminder that even when it all gets a bit much there is light and goodness to be discovered.

Grant reflects on the concept behind the clip:

“Our overarching inspiration was pure joy and we wanted to capture a time we could escape to, and I think Gold can evoke those individual memories of times we all hold dear, be it of a lost loved one, an old flame or simply a time with your friends.  The film clip was absolutely about capturing raw and natural emotion, simple times in life that you wish could be bottled.  As Missy Higgins perfectly puts it, ‘seems those ordinary days are the ones that last’ –  and so we wanted to try to almost film people not acting, but simply living.” 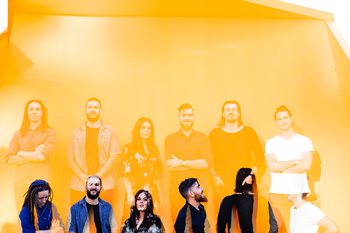 With movies Walking Out and Paradox being released on DVD and Digitial this month, we have … END_OF_DOCUMENT_TOKEN_TO_BE_REPLACED

With movies 2:22 and Slumber being released on DVD and Digitial this month, we have two … END_OF_DOCUMENT_TOKEN_TO_BE_REPLACED

This week at the movies is A Quiet Place, and it is getting positive reviews by critics … END_OF_DOCUMENT_TOKEN_TO_BE_REPLACED