You are here: Home / **VIEW ALL ENTERTAINMENT** / Interview: Andrew Swift

Andrew Swift is an Australian singer and songwriter who has had a big couple of years and is currently on tour through Victoria and heading to South Australia, we got to ask him a few questions about his career and this is what he shared with us.

Hi Andrew, welcome to Beauty and Lace. Thanks for talking to us.
Can you tell us what saw you strike out solo?

I guess it’s always been a solo thing, having ‘The Rattlesnake Choir’ was always mainly a live addition, and still is for that matter. We’re currently putting together a new line up of musicians after Nate & Matty left to pursue other musical endeavours.

The new release is Sound The Alarm (click above), what can you tell us about it?

It’s a very personal song for me, it’s the story of the night I met my now ex-girlfriend, and the connection I felt during a slow dance we shared at the wedding we were attending. I wrote it during our break up as I wanted to be able to hold onto something I truly cherished from our time together,

The clip was filmed by Tom Crotty, how did you come to be working with him?

I first met Tom late last year at the filming of a friends sitcom where I’d been invited down as an extra. He was shooting for them, we all got chatting about some ideas for a clip and it went from there.

Sound The Alarm shows off your ballroom dancing skills, what other talents are you hiding?

HA! I wouldn’t say it’s a talent I’ve been hiding, it was something that Marina, my dance partner, and I put together in a couple of little rehearsals and some help from her sister Stella.
Other talents though? Hmmm I enjoy cooking my wood fired pizzas, making the dough from scratch is always satisfying. 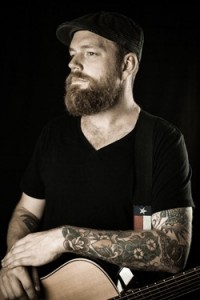 You have had a lot going on over the last couple of years, what’s been your career highlight to date?

This is my chance to brag a little isn’t it? Haha I guess some more recent highlights for me have been playing the shows at the House of Blues in San Diego, Anaheim & Hollywood, doing guest vocals on a song for Antiskeptic, the gig at ‘Late Night Alt’ at Tamworth Music Festival, but an all time favorite for me was recording an album in El Paso, Texas with Jim Ward and supporting his band Sleepercar in San Antonio while I was there.

There are a couple more upcoming shows, what can audiences expect if they catch you at the Crown + Anchor in Adelaide or The Retreat in Vic?

Unfortunately the Crown & Anchor show is not happening, there was some confusion with dates between bookers, hopefully we will have a replacement venue, but otherwise yes, the Retreat on the 19th of March, there are some more shows being announced over the next few weeks too. The Retreat show will have ‘The Rattlesnake Choir’ joining me, so that will definitely be fun having a full band on stage with me again.

What’s next for you?

Next is to spend some time writing and performing, hopefully some more USA shows for mid year and I’m starting to do some co-writing with some great song writers.

I’ve said for a long time now that I would love to be based in the states, I really would like to be based over there in the future. There is an incredible music scene in that country and it’d be nice to have a change.

Thanks for your time Andrew and good luck with your 5 year plan.

Out on February 13 at the cinemas, A Guide to Second Date Sex is a British … END_OF_DOCUMENT_TOKEN_TO_BE_REPLACED

With movies Walking Out and Paradox being released on DVD and Digitial this month, we have … END_OF_DOCUMENT_TOKEN_TO_BE_REPLACED

With movies 2:22 and Slumber being released on DVD and Digitial this month, we have two … END_OF_DOCUMENT_TOKEN_TO_BE_REPLACED